Finlink / Articles  / How to invest when you hit a financial jackpot

How to invest when you hit a financial jackpot

There comes a time in one’s life when you are lucky enough to receive some extra money in addition to your monthly salary, whether it be an inheritance, winning the lottery or from a sporting achievement such as some of the South African Olympic athletes.

According to Jason Garner, management consultant at acsis, in order to maximise the benefit of receiving extra money, it is advisable to spend some time and plan how best to allocate the money before immediately spending it on impulse. “It is important to view the sum of money as a wealth creation opportunity, rather than just an opportunity to spoil oneself and splash out, as this will provide no long-term benefit.

“Instead pay yourself first by investing towards your goals or to settle debt, then allocate what is left to spoil yourself.”

Garner adds it is crucial to reinvest the money where it will provide the greatest financial return. “This will vary depending on your financial plans and goals and by the amount that is available for investing.

“In order to use this additional money to assist with securing long-term financial rewards and security, it is important to think long-term, rather than short-term, no matter how big or small the sum of money is.

“With interest rates at an all-time low, the interest generated on savings is also considerably lower. This means that if you received a smaller sum of money, such as R10000, you will benefit more by paying off a debt with a high interest rat 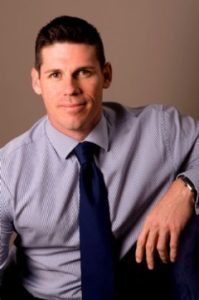 e, such as a credit card overdraft.”

Garner provides an example on how to plan accordingly before allocating your money. “If you invest R10000 into a savings account, with an interest rate of 5% per year, you would have earned approximately R500 in interest after one year.

“If you had rather paid R10000 into your credit card bill that has an interest rate of 16%, you would have saved yourself R1 600 in interest. This ultimately means that by not paying off your debt with the highest interest rate, you have spent an extra R1100 during the year which could have been avoided with prior planning. If you then took the R1 100 interest savings and used this to pay off further debt, or alternatively committed this additional saving into an investment strategy, suddenly you find yourself in a significantly better financial position.

“If we take the recent Olympics winner’s prize money of R400000, they are faced with a myriad of investment options which includes saving the funds in a bank account or investing the funds in a longer term investment strategy, this could vary depending on each person. However the one issue all consumers will face at some point in the future is retirement. The benefits of saving as much as we can, as early as we can, are huge.

“If the same Olympian spends their 2012 winnings without investing and instead decides to invest R10000 four years later when he wins at the next Olympics, the total investment at retirement will only be worth about R456000. Even though four years is not a long time, the difference in savings equals to R212000.”

Garner says that these examples highlight that being committed to investing earlier makes a significant difference to the probability of achieving longer term goals and aspirations.